“White Savior Barbie,” Not me!

I really love my seminary, the McAfee School of Theology, Mercer University. Faculty and staff there are committed to issues of justice and spiritual growth. It is also a place where only about 45% of the students are white. I want to support a place like that and more important, learn from the variety of perspectives and experiences of my classmates. It is a place where I can focus on issues important to me, like being a good ally by attending to my white privilege. I am convinced that my anti-racist work as a white Southern academic should also include theological and religious frameworks. I needed to get in touch with my Jesus. 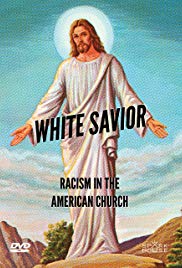 Part of the institution’s commitment to spiritual formation is the annual faculty, staff, and student weekend retreat, which the founding faculty built into the design of the programs. We just recently had one at the Pinnacle Center in the North Georgia mountains, where we spend two days worshiping together and getting to know one another. We build deeper relationships as classmates at a setting like this, where we pray and take communion together. This year, the dean announced he had been working with friends in Union Point, Georgia, to plan a work day at a historic cemetery near the original location of Mercer University. Here’s what he said:

This summer I learned of a neglected African American cemetery located nearby the Penfield cemetery. I have partnered with African American activists and other leaders to help them with a clean-up effort on October 26. I would very much appreciate it if you would join me as we honor this sacred space and practice remembrance.

He noted that enslaved persons were buried there.

Here is what I wish I had thought: Does it make a difference that the dean is a straight, white, cis-male? Were faculty invited to discuss this topic, welcoming voices from faculty of color? Could groundwork have been laid so that the announcement would have had context for the benefit of the students, most of whom were African American? What is motivating me to want to participate?

What I actually did, though, was volunteer to clean up the cemetery.

A few days later, the dean sent a reminder and included additional information that a filmmaker friend and seminary grad would be filming for a documentary. A few days after that, I learned that a group of African American students had submitted a letter to the dean to express concerns about the project. I have not seen this letter, but the seminary grapevine is real. That was the day I discovered the “Savior Barbie” Instagram account. If you haven’t heard about it, below is a Huff Post article, along with 2 examples of Barbie’s posts. 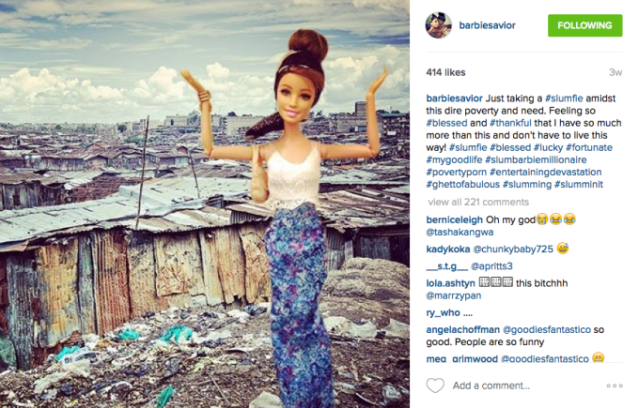 White Savior Barbie pokes fun at people who suffer from “White Savior Complex,” the term used to describe the white Westerners who travel to third world countries and make the entire affair an exercise in self-congratulatory sacrifice. (Huff Post). The account owners, who remain anonymous, point out, “We have both struggled with our own realizations and are definitely not claiming innocence here.” “Barbie Savior, we hope, is an entertaining jumping off point for some very real discussions, debates, and resolves.” It isn’t that there is anything inherently wrong with doing volunteer work to help people. WSB targets the idea that Africa needs saving from itself and white people are the ones who can do it. Barbie Savior is there for a photo op, the ultimate selfie. This kind of thinking supported colonialism, conquest, and slavery. It is white supremacy.

Let me be clear: I am not suggesting for a minute that the McAfee dean is in error. I have no idea until and unless he discusses it what the process was for bringing this opportunity to the students. For all I know, he brought it to the faculty first for them to unpack together. The letter from students is said to contain references to a diversity strategic plan, which I imagine calls for voice and conversation and inclusion in initiative planning. I have no doubt he is prayerfully and profoundly considering what they have written and will respond appropriately. This is not about him; it is about my own complicity in maintaining racist systems in which the White Savior Complex operates.

So just what was I thinking? My first thought was what a great service project! As a Southern Christian who knows what “Decoration Day” is, I have cleaned old cemeteries for as long as I can remember. My second thought was about the historical significance of the place, for yes, I was in part motivated by it being a very, very old African American cemetery that was the final resting place of former enslaved persons.

My third thought was about my friend Edeltress in Baton Rouge, who had taken me on a detour to her ancestral cemetery one day while we were on a school visit for work. “Do you mind?” she asked me. “It’s been so long since I’ve been here. I was a little girl and my parents brought me.” So we drove to a countryside in Louisiana that I couldn’t find today if I had to. “Here it is,” she said. But looking around, I couldn’t see a graveyard. Just what looked like woods, undergrowth, weeds–way back, about a hundred feet off the side of the road. Edeltress laughed. “Oh, you’re looking for a white cemetery. This is how our cemeteries look.” We tramped around the site, being careful not to step on the graves, and on the way home, she told me stories about her father, who had driven an old broken-down truck so that his white neighbors would not recognize him for a landowner and successful farmer. My people were dangerous. So that is the image I got in my head when the dean asked for volunteers. I thought of paying tribute, in this small way, to my friend.

That is why I am going to acknowledge my white privilege, acknowledge the concerns of my classmates–for they hold us accountable for thinking of and processing these issues before complying–and then go clean up a grave yard. But you won’t see it on Facebook or Twitter. I will not take a selfie with a tombstone. Does this make me admirable? Is this sufficient acknowledgement, or am I assuaging my conscience? Am I asking the right questions? I don’t know, but it gives me something to ponder as I pull weeds. 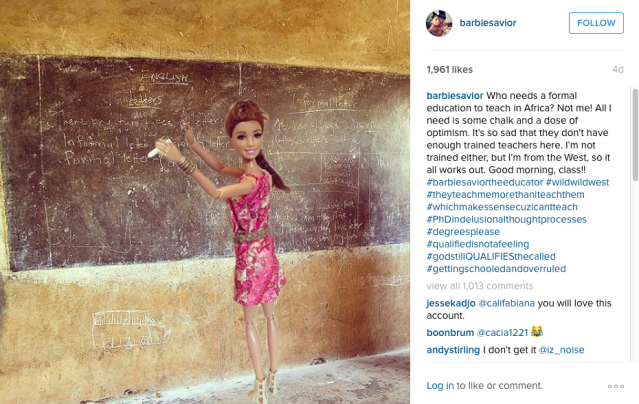 White supremacy can look like skin heads carrying swastikas; it can look like angry white people wearing red hats. It can be masked by well intentioned white people who secretly voted for Trump. And it can be a white seminary student who fails to do the work of problematizing a workday over the graves of enslaved persons. There is another White Savior resource I find relevant here. White Savior: Racism in the American Church (2019). The film “explores the historic relationship between racism and American Christianity, the ongoing segregation of the church in the US, and the complexities of racial reconciliation” (imdb). I recommend it. The film closes with an African American minister from the Bronx discussing being an ally. “Being an ally,” he said, “means asking ‘What do you need? and sometimes that means just shut up and listen.”

At the end of the day, I believe in a place like McAfee. It exemplifies the complexity of racial reconciling and justice. The messiness of it. It is a place where we can make all the mistakes–and there are many–and learn that the sky doesn’t fall when we make them. It is a place where, sometimes, we can just shut up and listen.

← My White Privilege: An Unexpected But Unsurprising Glimpse
The Mystery of Forgiveness & Reconciliation, part 1 →